When Member for Wide Bay Llew O’Brien met young Sydney Ziebell last year, he promised to remember the Murgon boy and others with juvenile diabetes, and to support funding for research to find a cure.

Now, Mr O’Brien is proud to deliver on those promises, announcing more people like Sydney will be able to access life-changing constant glucose monitoring (CGM) devices at no cost.

Free access to the devices will be available for 37,000 people including pregnant women, children with conditions such as cystic fibrosis-related diabetes and neonatal diabetes, and more adults living with type 1 diabetes – thanks to an investment by the Liberal National Government.

“The devices cost up to $7000 a year, forcing families to make difficult choices about their health care – but now as a result of the Morrison Government’s responsible management of the Budget, they will be available at no cost to help many people in Wide Bay,” Mr O’Brien said.

“This means that youngsters like Sydney will be able to live life to the fullest, without having to constantly manage their condition with injections.”

Sydney’s mum Jocelyn Malone was delighted the pumps would now be subsidised by the Australian Government, making them more widely available. Her son has used one since last year, sparing the eight-year-old countless finger-prick tests.

“It has changed our lives. He’s gone from five needles a day to having his pump changed once every three days, and I’m so much more at ease because there’s an alarm that goes off if his levels change,” Ms Malone said.

“Sydney is going to Paris to do Catwalk for Kids this year – that’s something I wouldn’t have ever even dreamed of, before he had the pump.”

Mr O’Brien said this investment builds on the Liberal Nationals Government’s recent announcement of $54.5 million for research into type 1 diabetes.

“As part of that announcement the Juvenile Diabetes Research Foundation (JDRF) Australia will receive $25 million to advance its Type 1 Diabetes Clinical Research Network so that maybe one day there will be a cure for kids like Sydney,” Mr O’Brien said.

“It’s only as a result of the Liberal National Government’s ability to deliver a stronger economy can we make these critical investments into CGM and type 1 diabetes research,” he said.

From 1 March 2019, eligibility for fully subsidised CGM products will be expanded to include:

Eligibility criteria and additional information for the expanded CGM Initiative is available on the NDSS website at www.ndss.com.au. 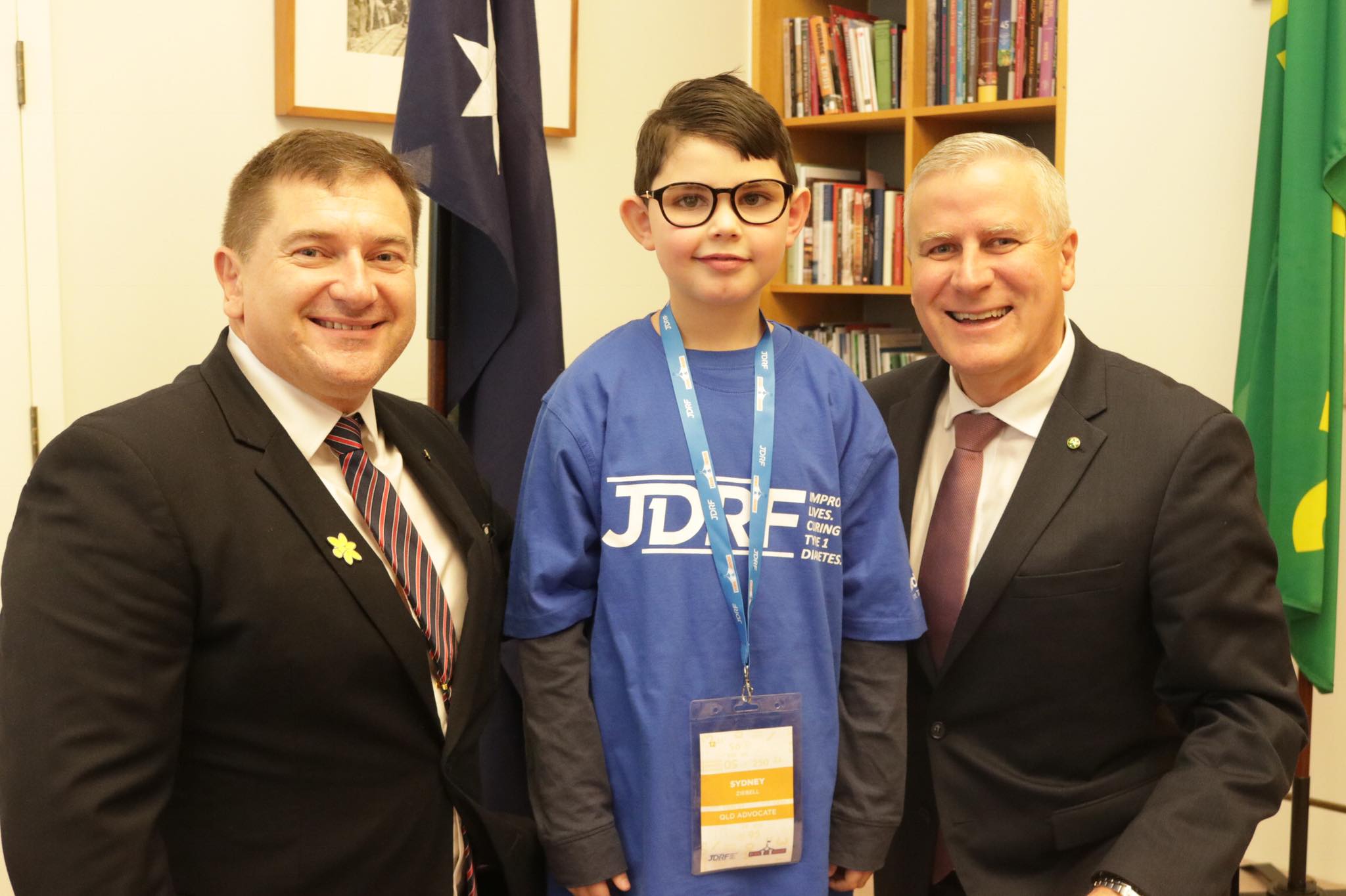 * Please note, higher resolution versions of this photo are available on request